In 1892, when Omero was just ten years old, his father, Lorenzo Del Papa, decided to move the family from their home town of Lucca, Italy and make a new start in America. He began establishing the Del Papa name in a variety of jobs. He worked in a cotton press, then for a bagging company, and finally at his uncle’s grocery store where he was given a dime a day for cleaning spittoons. But as his responsibilities at the store grew, so did his interest in the grocery business. As a teenager, he began dreaming about the day he could open his own store.

Omero had proven his work ethic; he then proved his ability to handle crisis when he managed to survive the Great Galveston Storm of 1900 by hanging on to a tree as the wind and water lashed him. After the storm, Omero joined the other survivors as they struggled to bring Galveston back to life. Believing in his adopted city and his long-held dream, the twenty-one-year-old immigrant opened a grocery store. It took people like Omero to rebuild the ravaged city.

In 1910, in a new business partnership with his wife’s brother, Omero decided to take a risk and turn the retail grocery store that had been so successful into a wholesale business. It was the birth of Del Papa Distributing. By the turn of the century, 132 Texas counties were either partially or completely dry and the temperance movement was gaining momentum cross the country. As a wholesaler, Omero Del Papa carried a number of quality goods including olive oil, ice cream, and imported delicacies. However, it was beer that drove sales and he feared he could not sustain his wholesale business without it.

The Future Is Bright

At 12:01 on the morning of January 16, 1920, the Eighteenth Amendment to the Constitution became the law of the land. America had entered the Prohibition Era, and the making, selling, or transportation of alcohol was prohibited. While bootleggers began making their fortune in the now-illegal liquor trade, Omero Del Papa refused to compromise his integrity and with his good name intact, he made the decision to liquidate his wholesale business. Omero felt he had no choice but to move his family, a wife and four children, back to Italy. However, he always kept an eye on his business interests in Texas. 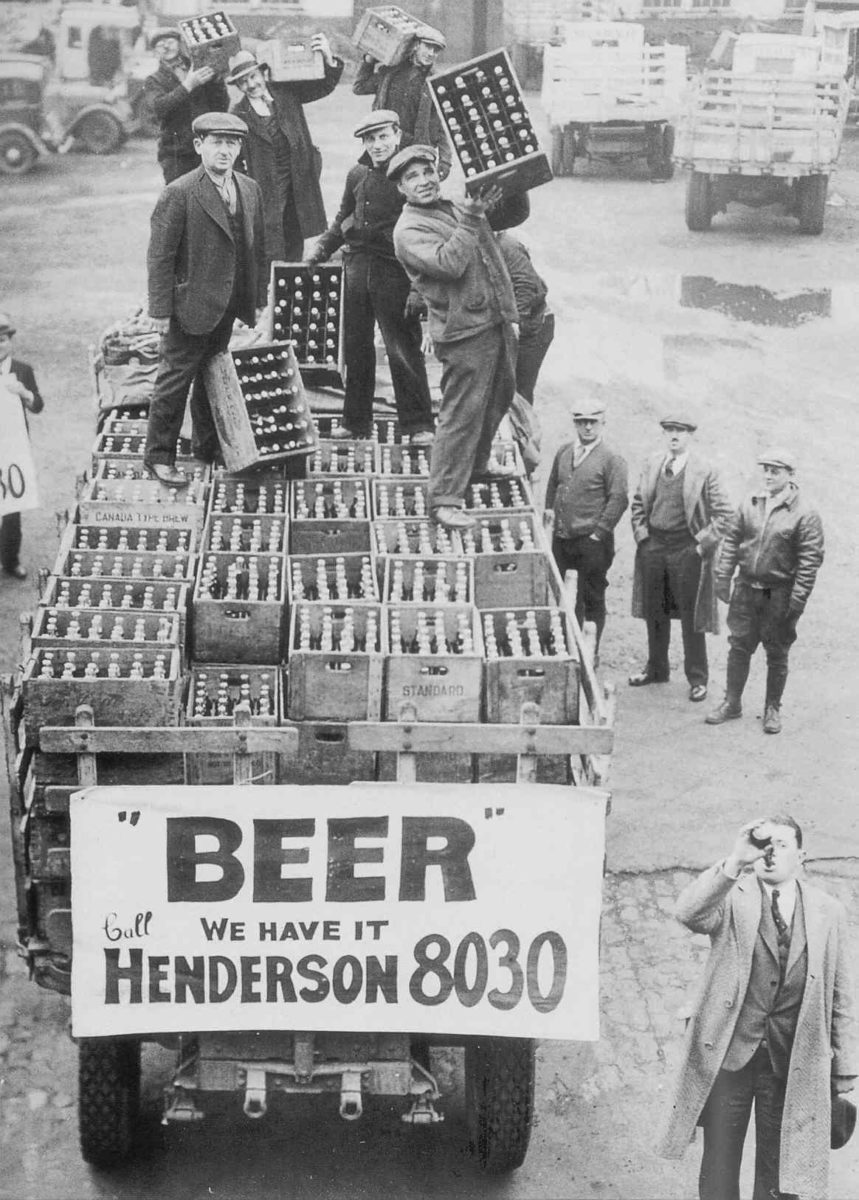 In 1930, certain that the repeal of Prohibition was at hand, Omero moved his family, including a fifth child, Lawrence, back home to Galveston and purchased a large wholesale firm. With his family beside him, Omero Del Papa set out to recapture the Galveston market. His efforts were successful because he remained true to his business principles. “I had said always, ‘A good name is better than money,’” Omero remembered in later years. “Well, that was all I had. But it was all I needed. People remembered. My friends remembered. And I started back—and succeeded.”

On September 15, 1933, the Galveston Daily News read “Happy Days are Here Again!” For the first time since 1920, it was legal to buy and enjoy a glass of beer on the island. On page five of the newspaper, an ad appeared, taken out by new partners Anheuser-Busch of St. Louis and the O. Del Papa Commission Company of Glaveston: “Something more than beer is back. A great American industry has gone back to work.” Both understood that beer was more than just a beverage. It was an important part of the American social fabric.

Del Papa’s growth was explosive. Omero made the decision to change the firm’s name to O. Del Papa & Sons. The Italian immigrant who once worked for a dime a day was now the owner of one of the largest wholesale companies in Galveston. Under the pressures of World War II while his two eldest sons served, Omero made the decision to restrict his wholesale service to beer and wine. In the next decade, Del Papa would become a powerhouse in beer distribution.

From Prohibition, through war, and amidst local tragedies, Del Papa Distributing’s good name leaves a lasting legacy. From a single grocery store, to a Distributorship spanning 17 counties with 375 employees, Del Papa Distributing has been delivering high quality brands and service along the Gulf Coast of Texas for over 100 years! Committed to community, stylistic diversity, and quality, we are honored serve a wide range of the highest quality brands in beer.